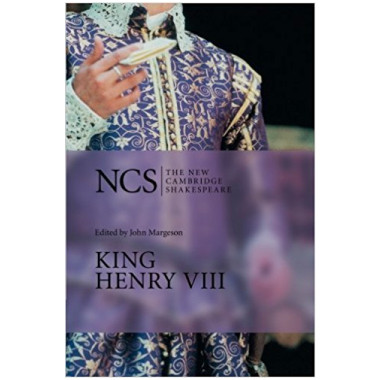 Henry VIII was one of Shakespeare's most popular plays in the eighteenth and nineteeenth centuries when great actors took the roles of Queen Katherine and Cardinal Wolsey, and elaborate pageantry was much extended.

It has not been staged so frequently in the twentieth century, but a number of important recent productions have revealed the theatrical potential of a more complete text.

Professor Margeson considers and illustrates the stage history of the play, and gives a balanced account of the authorship controversy from the mid-nineteenth century, when John Fletcher's name was first put forward as a collaborator, to recent scholarship, which has not yet reached a consensus.

The Introduction considers the political and religious background of the play, its pageant-like structure and visual effects, and its varied ironies.

The commentary is detailed but concise, explaining difficult passages and contemporary references, and suggesting how the play might have been staged in an Elizabethan theatre, or might still be staged for a modern audience.