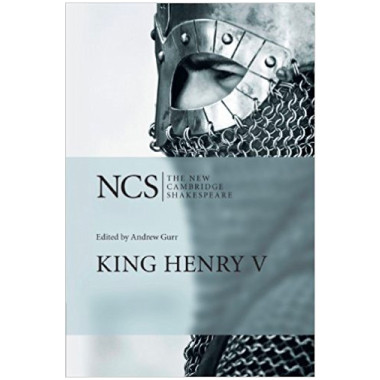 For this updated edition of Shakespeare's most celebrated war play, Professor Gurr has added a new section to his introduction which considers recent critical and stage interpretations, especially concentrating on the 'secret' versus 'official' readings of the play.

He analyses the play's double vision of Henry as both military hero and self-seeking individual.

Professor Gurr shows how the patriotic declarations of the Chorus are contradicted by the play's action.

The play's more controversial sequences are placed in the context of Elizabethan thought, in particular the studies of the laws and morality of war written in the years before Henry V.

Also studied is the exceptional variety of language and dialect in the play.

The appendices provide a comprehensive collection of source materials, while the stage history shows how subsequent centuries have received and adapted the play on the stage and in film.