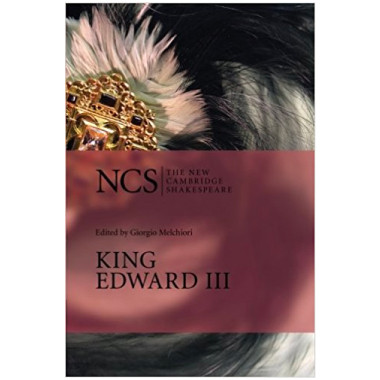 Edward III is a major addition to the Shakespearean canon, and is published here for the first time in an authoritative edition of Shakespeare's works.

Presenting this fully-annotated, modern-spelling text of Edward III, Giorgio Melchiori does not claim that Shakespeare is the sole author, but author of a significant part of the play, the extent of which is discussed in detail.

The introduction explores the historical background and the genesis of the play in the context of contemporary theatrical practice and of Shakespeare's own early cycle of history plays.

It stresses the original ideological stance and the theatrical qualities of the play as a whole.

The commentary examines in depth the play's linguistic and poetical features, while an extensive appendix on the use of sources explains the stages of its composition.