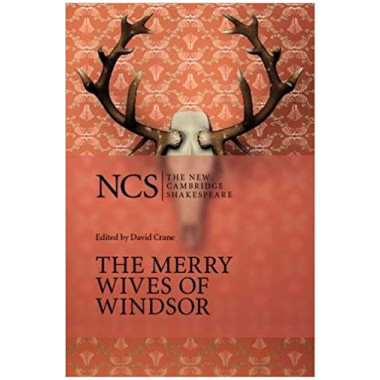 The Merry Wives of Windsor (The New Cambridge Shakespeare)

The Merry Wives of Windsor (The New Cambridge Shakespeare)

This new edition of Shakespeare's The Merry Wives of Windsor focuses on a theatrical understanding of the play.

While emphasising the liveliness of the play in stage terms, David Crane also claims that this citizen comedy needs to be taken much more seriously than in the past, as an expression of Shakespeare's fundamental understanding of human life, conveyed centrally in the character of Falstaff.

In the process he also examines Shakespeare's free and vigorous use of different linguistic worlds within the play.

The revision of this edition includes a response to some current arguments about the dating of Merry Wives, and also considers how recent productions bear upon the critical and theatrical account Crane gives of the play.