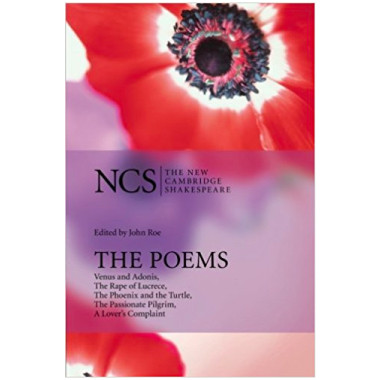 The Poems (The New Cambridge Shakespeare)

The Poems (The New Cambridge Shakespeare)

This is a fully annotated edition of all the poems which are now generally regarded as Shakespeare's, excluding the Sonnets. It contains Venus and Adonis, The Rape of Lucrece, The Phoenix and the Turtle, The Passionate Pilgrim, and A Lover's Complaint.

The introduction to the two long narrative poems examines their place within the classical and Renaissance European traditions, an issue which also applies to The Phoenix and the Turtle.

John Roe analyses the conditions in which the collection was produced, and weighs the evidence for and against Shakespeare's authorship of A Lover's Complaint and the much-debated question of its genre.

He demonstrates how in his management of formal tropes Shakespeare, like the best Elizabethans, fashions a living language out of handbook oratory.