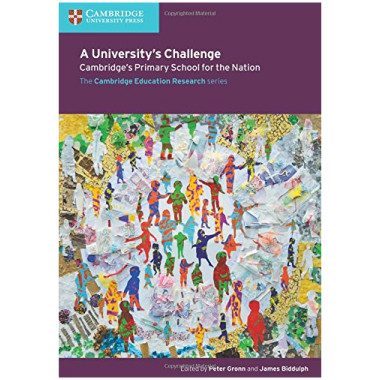 A University's Challenge: Cambridge's Primary School for the Nation

A number of aspects of the school are discussed by those senior colleagues in the University of Cambridge and the Cambridge Faculty of Education who during 2011-15, played an important part in the conception, design, negotiation and implementation of this unique venture in English primary schooling.

The UCPS is nationally distinctive, because it is the sole university training school (UTS) established by the previous UK Coalition government (2010-15).

It is also unique internationally, because of its three-fold functions: its simultaneous provision of primary schooling, initial teacher education (ITE) placements and a research facility that is intended to drive forward a national research agenda and a set of evidence-based outcomes that are in turn intended to re-shape English primary schooling.